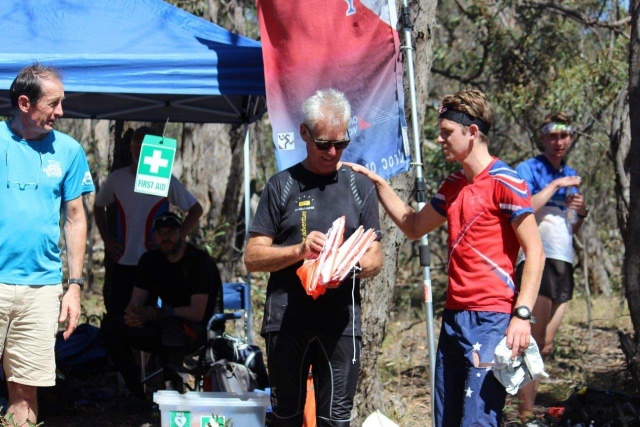 People from across Ballarat and district met in the Canadian Forest in Mount Clear on Saturday morning to participate in the Friends of Canadian Corridor launch of the proposal for a Canadian Multi Use Forest Park on 619 hectares of forest and ex plantation land.

Mr Bob Hartmann, Co Convenor of the Friends said, “It is time for the Canadian Forest to be cared for. We call upon all political candidates in the forthcoming state election to provide statements of commitment from their leaders and to include the Canadian Multi Use Forest Park in their party’s platform.”

Last Friday Daniel Andrews, Victorian ALP leader, and local member Mr. Geoff Howard, publicly announced their enthusiasm for the Forest Park project with a $2 million promise for establishing the “Canadian State Park” upon election. The Greens candidate Mr Tony Goodfellow and Nationals candidate Ms Sonia Smith also congratulated the Friends on their initiative in seeking to protect a Ballarat gem – a valuable green forest corridor to enhance habitat for birds and koalas and also provide opportunities for recreation and tourism.

The large crowd were treated to a Welcome to Country and smoking ceremony by Uncle Bryon Powell, Wadawurrung. It was a beautiful ceremony that strengthened a sense of community for all. Uncle Bryon emphasized the forest’s meaning and the need to look after it for generations to come.

To commemorate the launch young people planted four indigenous trees as a symbol of returning the denuded ex plantation land to the forest. Many people stayed on for a wildflower walk with local field naturalists, followed by refreshments at Earth Ed Centre, Mt Clear.

The Friends of the Canadian Corridor formed in November 2012 to represent residents and community groups interested in establishing a Forest Park. The friends are now made up of approximately 40 community organisations such as walking groups, mountain bikers, field naturalists, environment groups, landcare groups, schools, service clubs, orienteers, running groups, and many individual members.

The friends have consulted widely with the City of Ballarat, government departments and community groups interested in the forest so that future generations can enjoy a Canadian Multi-Use Forest Park. The vision includes plans for walking and cycling tracks, picnic area, mountain bike trails as well as protecting koala habitat and Ballarat’s eastern scenic skyline.