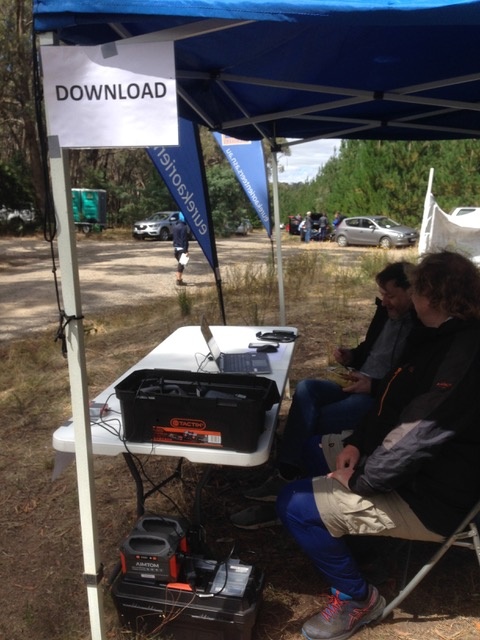 Eureka AGM the hottest of our 31 years!

Eureka started the year with a total fire ban at The Blowhole in early March – and finished 2006 with another “TFB” for the AGM at Brown Hill Reserve in Ballarat East. Plans for a novelty relay around the reserve were postponed due to the high temperatures (hottest day for 53 years) – so we did a “food relay” up and down to get a great selection of salads and desserts! The juniors took the opportunity to get a swim at the recently-reopened Brown Hill pool – while the ‘oldies’ held the AGM under the rotunda at the east end of the reserve.

The prestigious “Stuff Up of the Year Award” was shared between Russell Bourke (Kaleidoscope Construction Award), John Erwin (Kenny Award) and Tom Norwood (Where the Hell are the Badges Award).

Merry Christmas to all, and Bring Orienteering On in 2007!

DSE Thank You for Wombat Cleanup