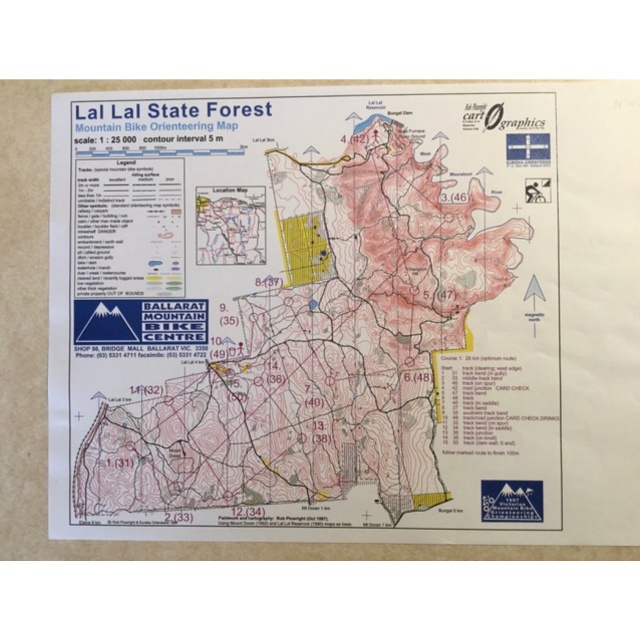 I apologise for having not written for quite some time! Italy seems to have an odd internet system whereby you need to register before using any of their services…I must say it put me off and I have since realised the inadequacy of my small amount of Italian!

I hope you are all well and not too freezing as I hear the weather is a tad cold down in Victoria. The weather is wildly varying up here in Fiera di Primiero – it rains at some point every day and there are quite often large thunderstorms during the night, regardless of whether the sky was clear and blue at the beginning of the day.

I must say, however, that the scenery in this part of Italy is truly amazing. It’s almost surreal to be running an orienteering event with 3000m high mountains as the backdrop. I wish I could show you some of the photos but sady I don’t have a camera cord. Yesterday we took a cable car up to the top of one of the peaks and the views were spectacular!

Anyway, down to the story of the last few days! We moved up to Fiera di Primiero on Saturday having had a good experience on our training camp in Cesuna. We are all staying in a very fancy hotels and get fed 5 courses at almost every meal, which is amazing considering we are staying in the B accomodation!

On Sunday we made our way up to San Martino di Castrozza for a model event, sampling some green, rocky and at times techinical terrain. In the evening was the Opening Ceremony, certainly the best JWOC Opening I have seen (though I haven’t seen many). We participated in a big parade through the centre of town and were cheered along by locals, visiting orienteering clubs and our Australian posse. The ceremony took place in the central piazza complete with a floral compass and big screens. The entertainment was good – a few cultural dances and music as well as a modern song by an Italian artist called ‘Running Through the Trees’ – very catchy!

Monday morning was time for a model Sprint course, giving us a taste of the tricky laneways and market gardens characterising these small Italian towns. In the afternoon came our first JWOC race – the Sprint Final in Mezzano, just down the Valley. True to predictions, the course was technical and tricky, lots of retracing your steps and entering controls from bizzare directions. Some of us had successful races, others lost concentration at the vital moment and lost costly seconds. Our places ended up as below
29. Aislinn Prendergast   41. Lachlan Dow
64. Belinda Lawford        59. Josh Blatchford
65. Bridget Anderson      98. Max Neve
86. Lilian Burrill              126. Leon Keely
88. Krystal Neumann      146. Callum Fagg
97. Sarah Buckerfield       Oscar Phillips mp
I was quite pleased with my result – I took it steady in the trickier bits and hard in the clear. It is definitely my best JWOC result so far! The winner of the Women’s race was Jenny Longvist from Sweden, and in the Men’s Mathias Kyburz of Switzerland came out on top.

Tuesday morning began our Long Distance race at Passo Rolle, higher up the valley and watched over by some amazing Dolomites mountains. The weather turned nasty halfway into the day with a huge deluge of rain and some terrifying thunderclaps. With so many competitors, the starts ran over 6 hours, and many were caught out in the awful conditions. The map itself was extremely technical with not only alot of contour detail but many cliffs and boulders as well. The climb was a little under 5 percent but it seemed to me distributed well so that I was never aware of an awful upward slope. Again, the results for the Australian team were mixed – some kept their heads among the detail and orienteered cleanly, whereas others became baffled and spent time running in circles. Our results are as below
65. Bridget Anderson     35. Lachlan Dow
66 Krystal Neumann      57. Josh Blatchford
75. Lillian Burrill            66. Leon Keely
77. Aislinn Prendergast  93. Callum Fagg
83. Belinda Lawford       99. Max Neve
102. Sarah Buckerfield   122. Oscar Phillips
I personally had a devestatingly bad run! The long is my favourite distance but I made a few errors early and then, thrown by that, did not have an attackpoint for number 4 and spent 28 minutes looking for it, a fatal mistake in a JWOC race! I ran the rest of the race very cleanly and was exhausted in the end but to no avail. The winners today were Ida Bobach from Denmark in the Womens and Gustav Bergman from Sweden in the Mens.

Yesterday was our rest day and we took a trip up to Passo Rosetta by cable car, an experience I wouldn’t have missed! The afternoon was spent relaxing in our hotel.

Today was the Middle Distance Qualification. It dawned cloudy today but luckily the rain mostly held off! We began the race at the top of one of the hills overlooking San Martino di Castrozza and finished in the town itself. The map seemed not as technical as the long with much more simple contours and some rock detail. Each athlete starts the race at the same time as two others and is randomly assigned a heat. At the end of the race the first 20 places in each heat moves through to the A final. Unfortunately today saw no smiles from the Australian team with costly errors all around, and no A final qualifications, though I myself missed out by 31 seconds, Sarah by 32, and Leon by a confusing mp which seemed more a fault in his SI stick (but who knows). Hopefully we will all be able to have some confidence-restoring runs tomorrow in the B final and come out on top for Aus in the relay!

I hope that I have given you a bit of an insight into what’s going on up here, I can’t thank you all enough for your support and kind words and I hope you’re all well back home!

P.S Bridget often puts some photos and news on our Attack Point site, if you’re interested here is the website:
http://www.attackpoint.org/log.jsp/user_5795.