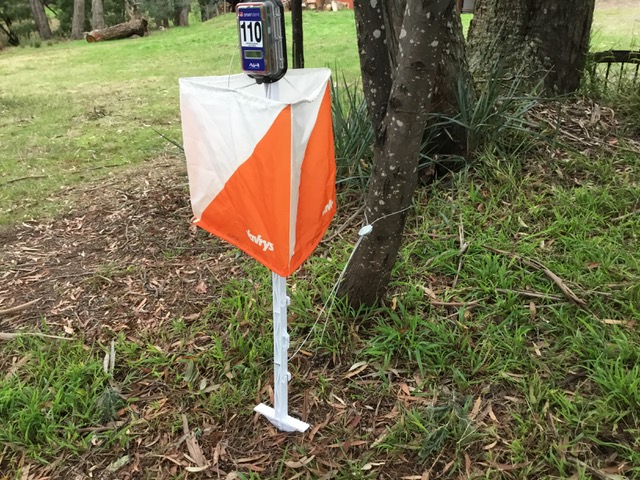 Today was an early start, and all the Aussie supporters got to the arena in time to watch the first women start at 9. Today the map was the southern end of a long ridge which extends from our accommodation (at the sports centre) to the south. The northern part of this map is the steep ski slopes, which was used for a world cup race in 2012. The part south of that will be used for the middle final and relay, and the centre of the ridge was the middle model map.

The map was incredibly intricate and detailed, and the difficulty became obvious straight away, with many big mistakes, even by the top runners. The terrain consists of hilltops covered in rock and cliffs, flat marshy areas, and vague sloping hillsides.

The women’s race was over very quickly, so we were all relieved to find that the Aussie girls had all qualified! Vanessa took 8th in a very spread out heat (15th was 18 minutes down), Hanny was 13th and Jas nabbed 15th.

The boys started next, but we had to wait for Bryan to finish before we knew how he was going because they weren’t showing his GPS. He was disappointed with his run, finishing 22 minutes down in 30th. Lachy’s gps showed him having a solid and consistent run until disaster struck near the end when he sprained his ankle badly and had to walk in to the finish. We then had a nervous (but thankfully short) wait to find out if Simon had made the final. He came in 12th but slipped to 15th, managing to hold on by just 3 seconds.

It should be a good day for watching tomorrow with 4 Aussies taking part. It will be interesting to see whether Niggli can take it out again, or if this difficult terrain will make the race very unpredictable.

Ed:  The WOC Middle Final races are tonight (Friday 12 July) Australian time.  Competitors in the Middle Qual found the terrain and courses extremely demanding and technical, so we can expect the same for the final, and the results may well contain some surprises.

Best of luck, Bushrangers, and keep focussed on the details.