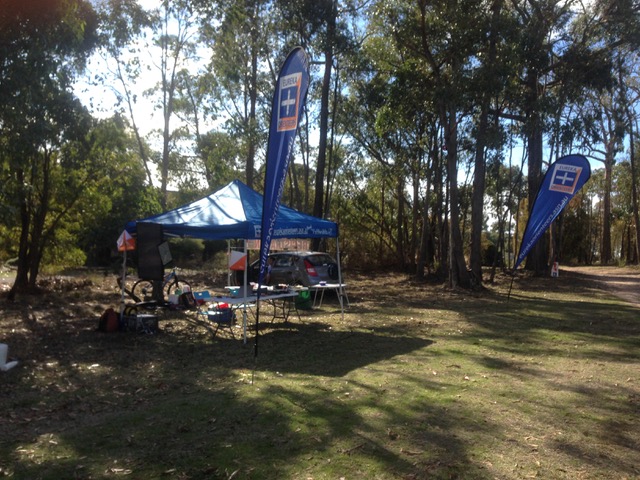 This year sees the 38th time that Victorian orienteers have staged the long-distance (formerly called ‘the classic’) foot orienteering championship. And three weeks later mountain bike orienteering celebrates the 10th long-distance championship at Linton State Forest. It is the first time that the same club – Eureka – has staged both events at the end of the orienteering season. A quick comparison of the maps, clubs and attendances at each event discloses a number of interesting facts:

So what can we expect in 2006 to outdo these achievements? With entries starting to come in for both events, the organisers are hoping to top the 250 mark at Mt Beckworth and 100 riders at Linton. Chris Norwood (Event Adviser for 2006 Easter 3-Days at Harcourt) has teamed up with Terry Haebich to set challenging courses in the granite tors and beautiful scenery of Mt Beckworth. We confidently think you will enjoy the day – see at least several orchids (one on badges to be awarded on the day), watch wedge-tailed eagles and falcons making lazy circles in the skies above the event, and marvel at the well-trimmed lolly-pop tree on the summit of Mt Beckworth. If you liked ‘Korong Spur’ rocks, then you’ll adore the new A3 sized 1:10 000 view of Mt Beckworth! With the August 2-day at Kooyoora and final tune up at Mt Tarrengower’s granite and cactus, Beckworth will be less scratchy and ideal for those that crave a navigational challenge – not just a foot race at the end of the season. Coupled with the intricate goldmining terrain on Saturday’s middle-distance championships at Sailor’s Falls, this should be a weekend to remember.

Emily Viner, our silver-medal winner from France in 2002, has set terrific mountain bike courses in the bracken-filled, undulating spur-gully terrain west and north of Linton. Famous for the fires that devastated this little town to the west of Ballarat over the past 7 years, Eureka aim to lift the spirits of the locals by staging an event to celebrate the mixed eucalypt forests that have regenerated since the fires. The highlight of the event should be increased numbers in the junior ranks and the spirited competition in all ten year-age groups. So if you missed the national titles in Western Australia, here is your chance for glory at the end of the successful 2006 season.