Last night two of our athletes ran the Sprint Final, in the city in Lausanne, finishing on the shores of the lake. I have attached a few pictures of the arena, the medal ceremony and the screaming Swiss fans, as well as a photo of Julian finishing, and a photo of BJ from the morning race. The arena was cleverly designed with a stage built across a fountain, along with two bridges which the athletes used to come into the spectator control.

It was a tight women’s race for much of the afternoon with Chinese runner Hao leading for quite some time, before a battle between Norwegian Singe Klinting, Dane Maja Alm and Swiss runner Rahel Friederich pushed her out of the placings. But as usual, it was Simone Niggli-Luder’s race from start to finish, as she took the lead by 37 seconds, and was never threatened. Maja Alm held on for 2nd while Swedes Helena Jansson and Annika Billstam battled for 3rd, with Annika the victor by just 2 seconds. New Zealander Lizzie Ingham backed up her impressive qualification race by taking 9th place.

The men’s race saw a few more dramas, with 5th-placed French runner Frederic missing the spectator control, and being disqualified. BJ was second starter and began the race well, running a good time through the spectator control before losing some time towards the end. He finished in 37th place. Julian started later in the afternoon and lost some time both early and late in the race to route choices, finishing in 32nd place. Both said they didn’t feel they had very clean races, and were a little disappointed by the results. The three Matthias (Kyburz, Merz and Muller) ran in to take the top three places, making for a very exciting atmosphere and many happy Swiss fans. British Scott Fraser ran into 4th place while Russian Andrey Khramov took 5th after the disqualification of the French runner.

The opening ceremony was held after the race, along with the medal ceremony, and featured the world’s longest map, a 31metre, 1:10000 map which stretches between two major lakes in Switzerland, the Lac de Constance and the Lac Leman, and features hundreds of individual individual maps joined together. It was created for the ‘Lac-o-lac’ race from May 5-19 this year.

This afternoon is the Long Qualification. I start first of the Australians, at 1.23, while Rachel starts at 1.26, Vanessa at 2.14 and Julian at 2.31. This race will not be quite so exciting to watch, with no tracking or video, but the results should be live on the WOC website. I will (hopefully) write you another report after the race….as long as you are still interested! 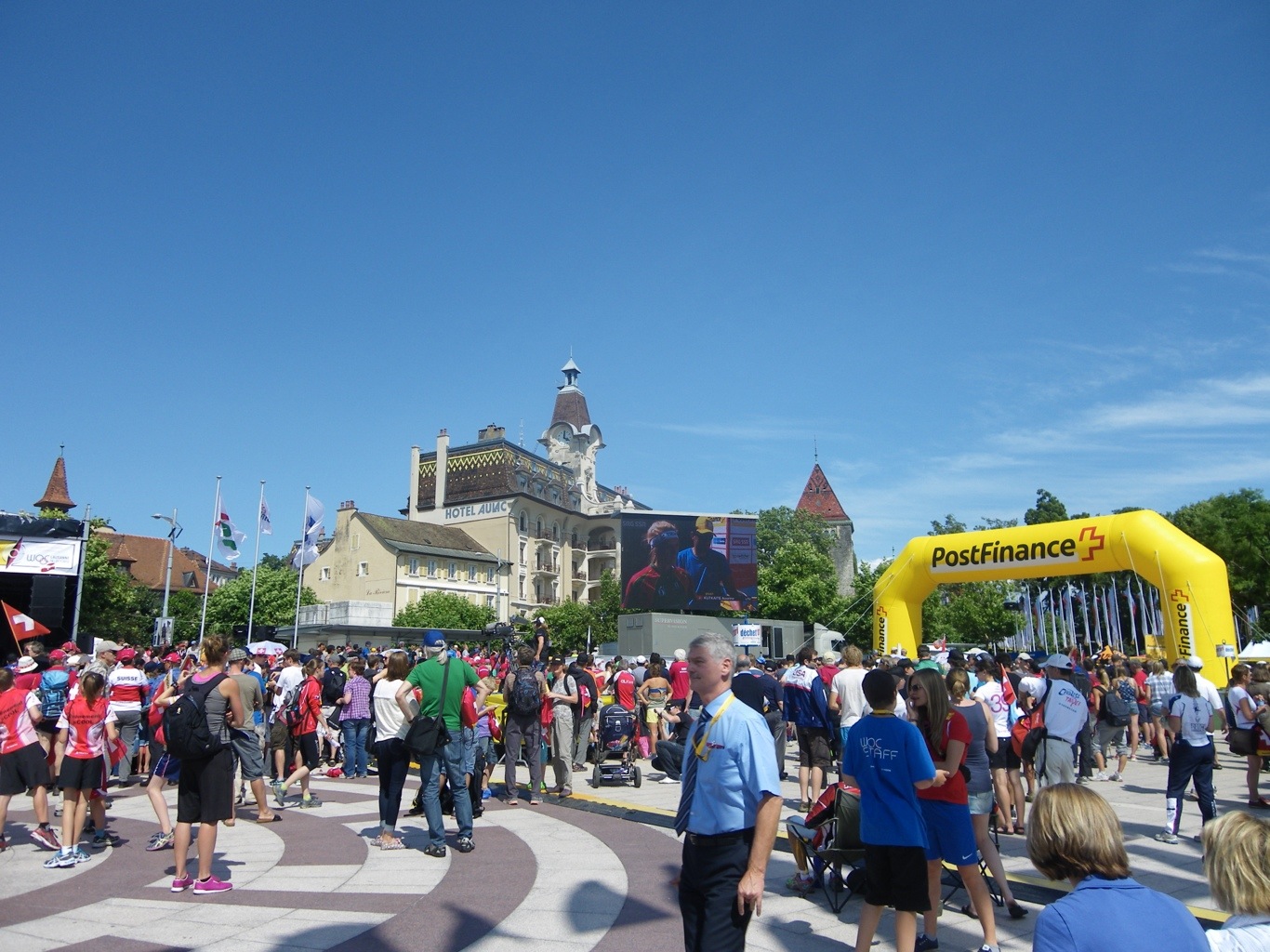 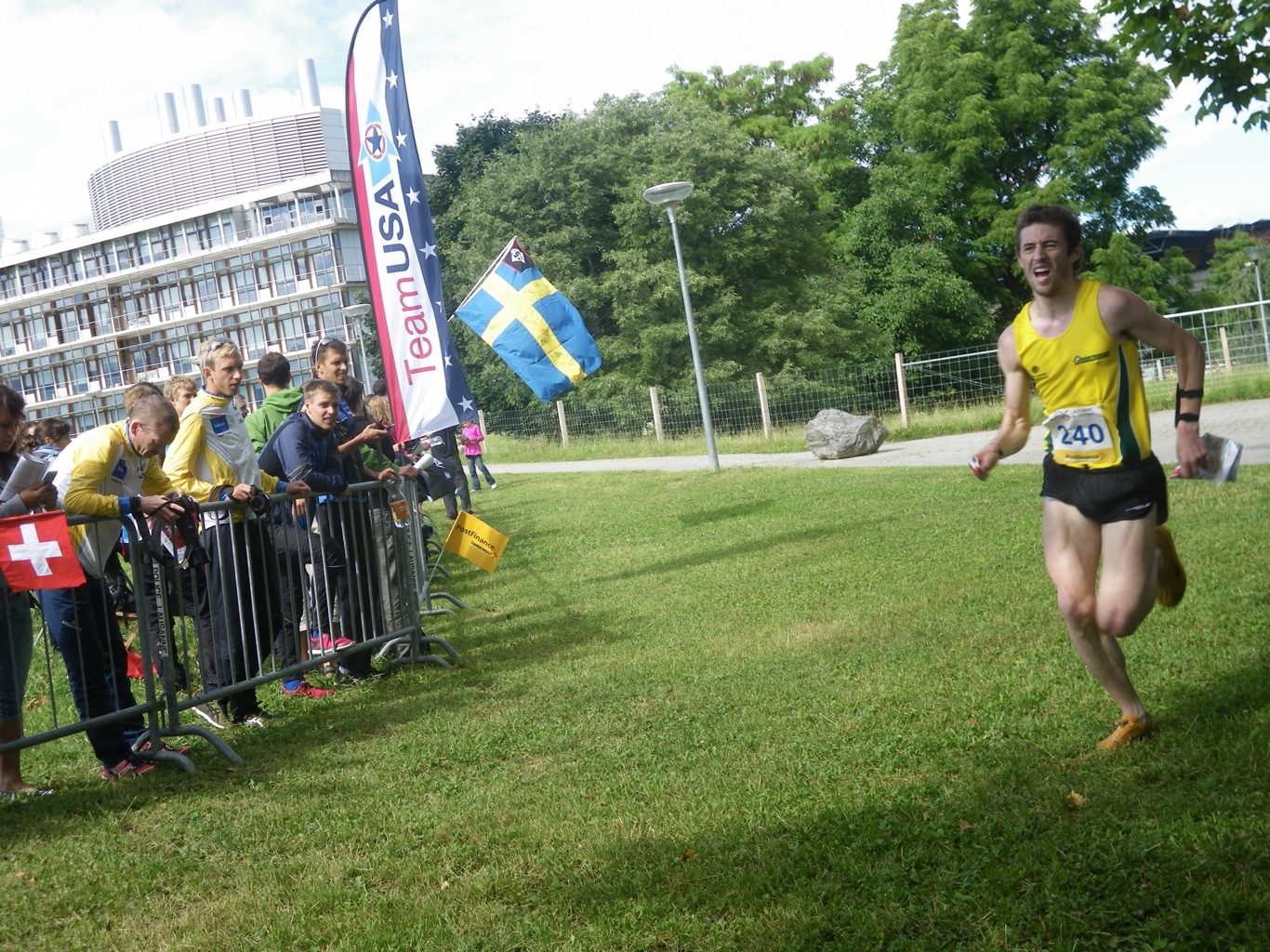 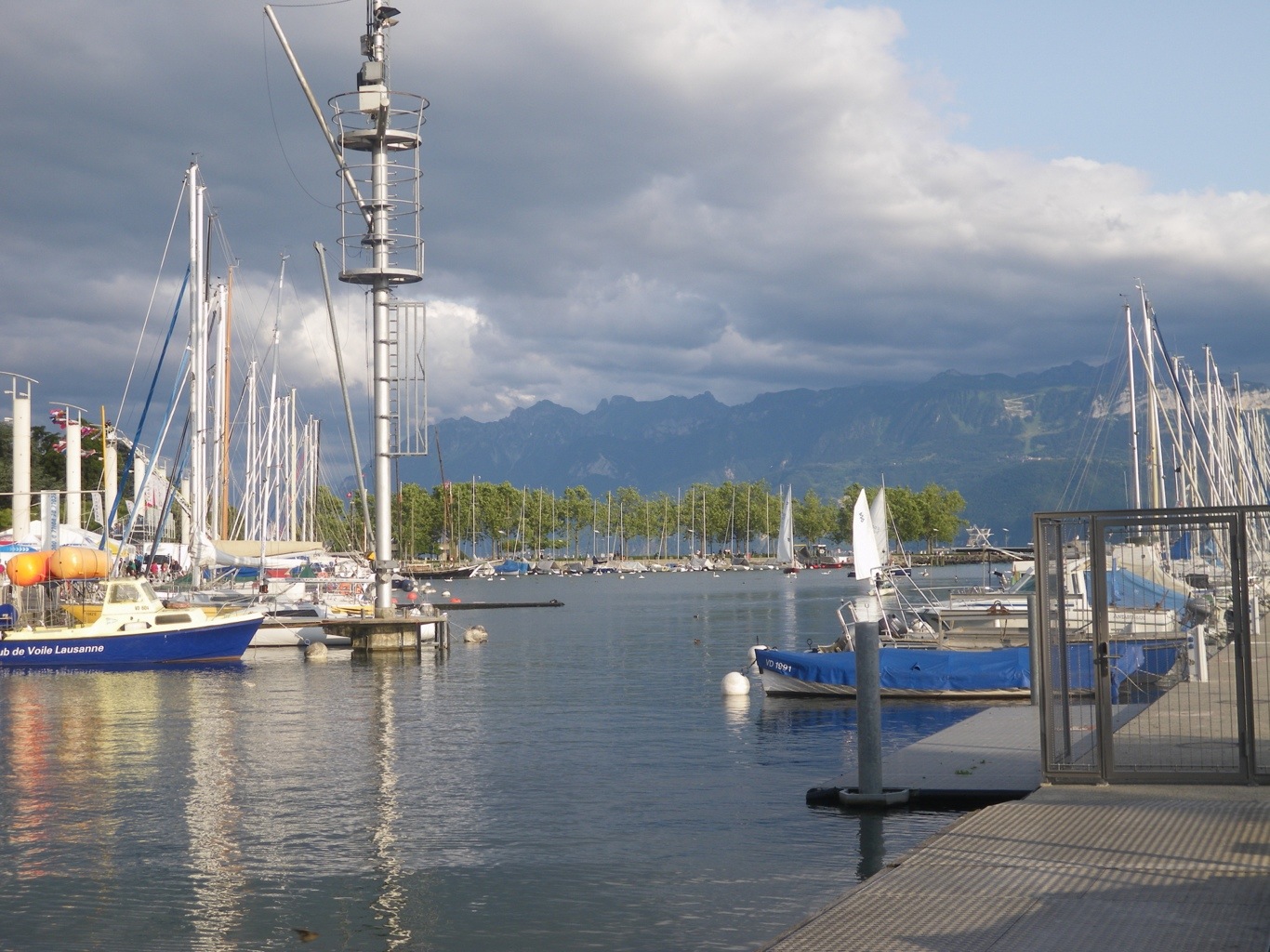 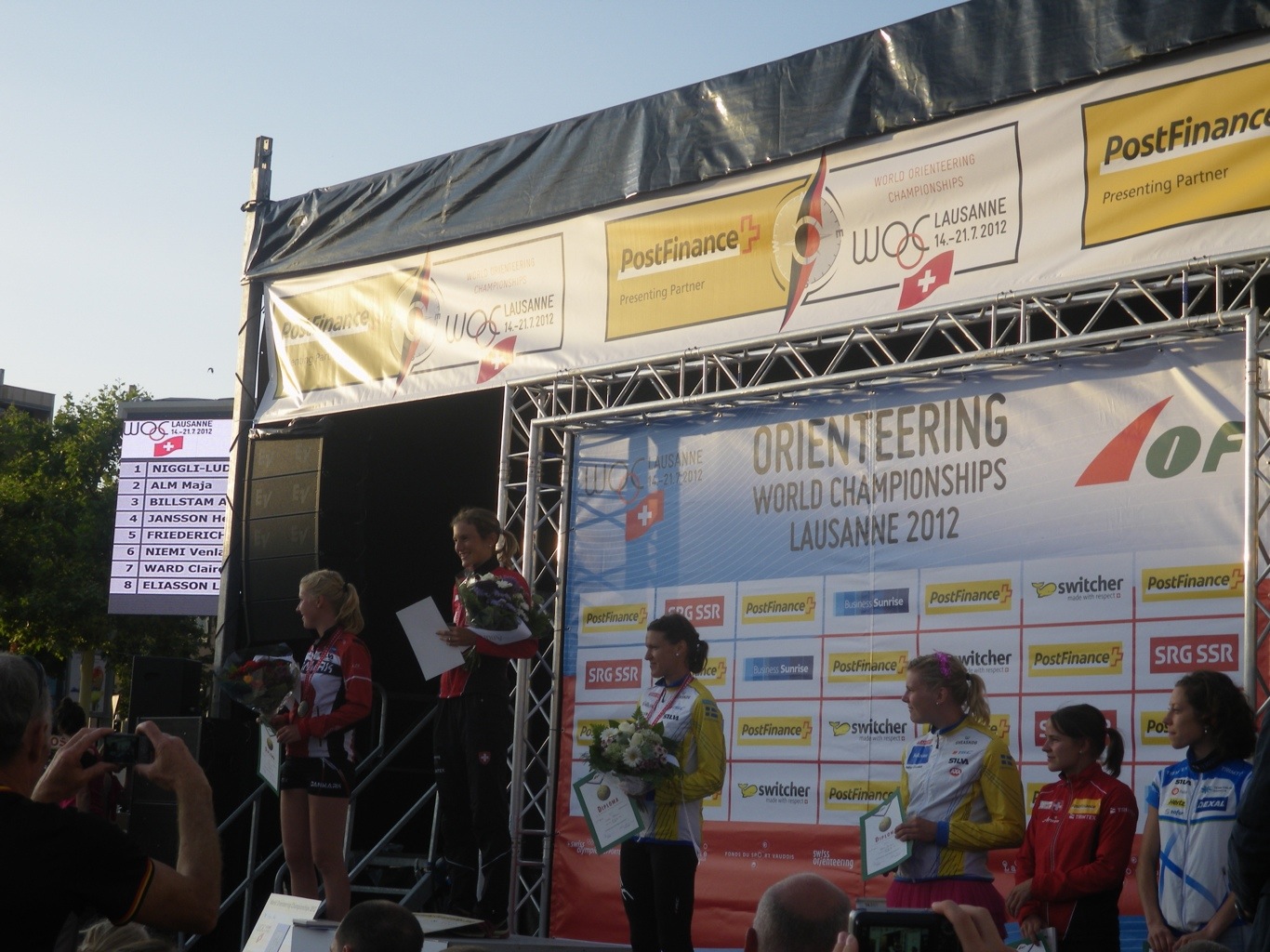 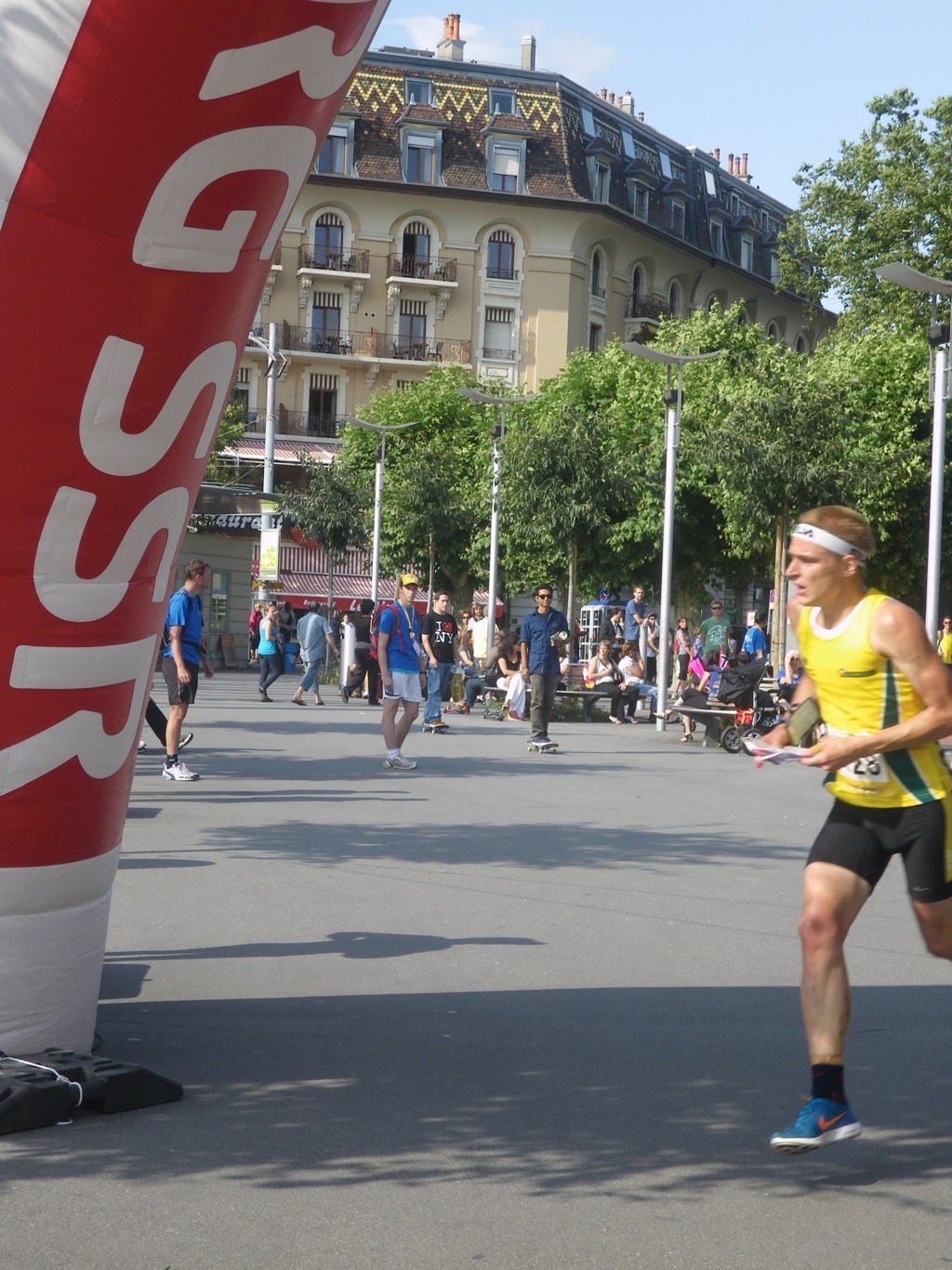 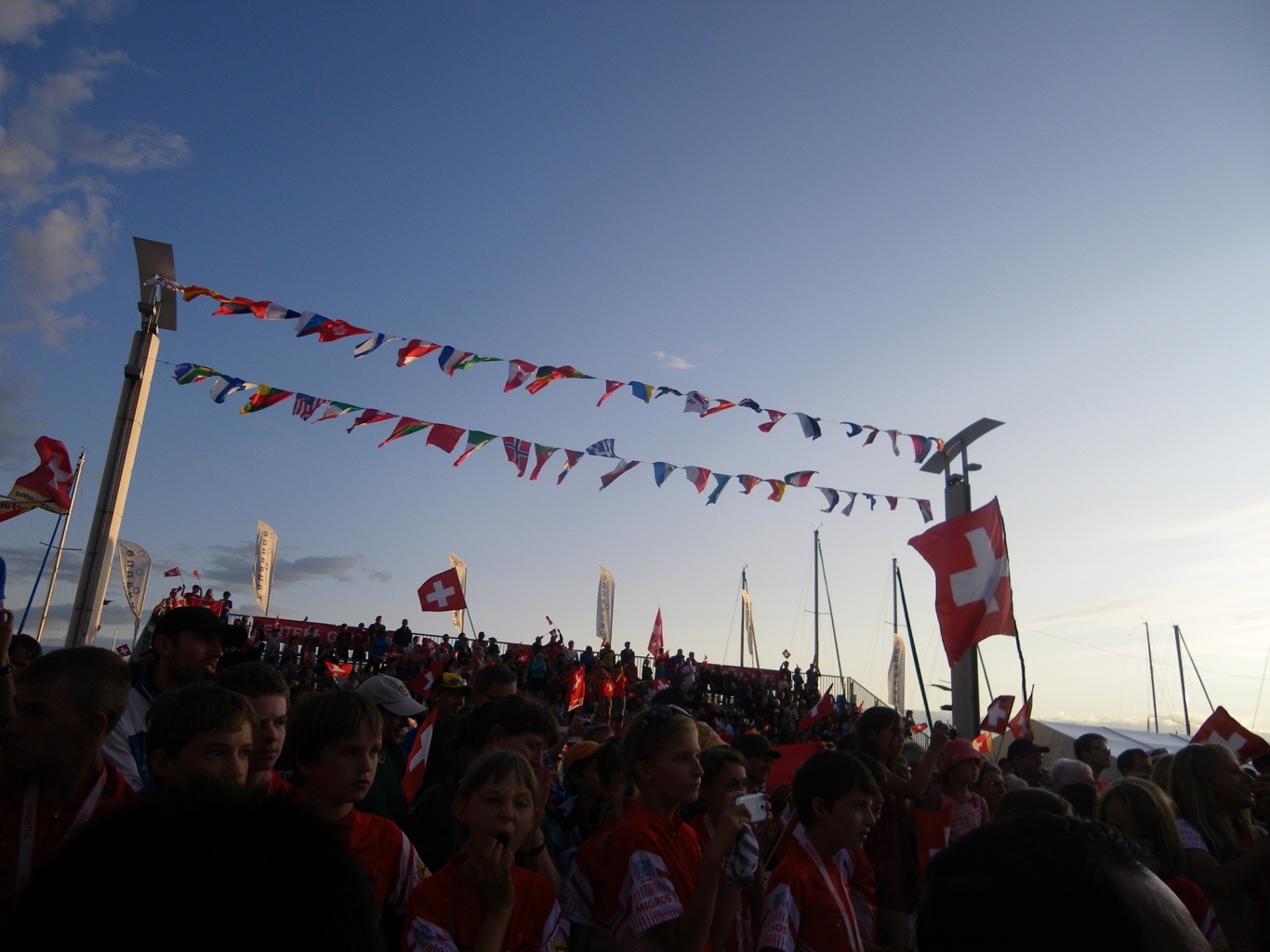